Copying your Node.js project from one place to an other seems like a pretty easy task – as long as you use cp -a to do the copying (under Linux / macOS) you should be fine with the symbolic links. But what happens when said symlinks are left untouched? The next time you try to fire up Expo using npm start you will be greeted by the ever-so-friendly error:

To resolve this, you need to open up a Terminal and visit the directory of your project:

These commands reset and reinstall your modules as per your project configuration.

Updating brew.sh for macOS is a fairly easy and trivial task (you can use my brewup script from here to make it even simpler), but sometimes things go south and the update process ends with a somewhat cryptic error like this:

Running brew doctor could help identify the culprit and it usually ends up being a Permission denied error – remember the time you tried to issue some commands related to brew / node / npm that began with the magical word sudo ? Well, it turns out those files affected by it are now untouchable and that’s why brew fails to update.

To solve this permission denied error, issue the following in a terminal session:

All prices quoted are exclusive of GST.

We build your online presence from the ground-up, starting with a handmade custom designed website that is fine-tuned to perfectly match your every need, with all the necessary amount of Search Engine Optimization. We also offer additional services such as hosting, mobile app development, data migration and logo design.

We take our job very seriously and go the extra mile to meet the expectations and high-standards that our clientele expects from us. We believe in accessible, easy to use online presence for everybody - that is why we wholeheartedly support and base our work on open source software.

We are located in Hutt Valley but also work for Greater Wellington Region, North Island, South Island based clients and international companies. 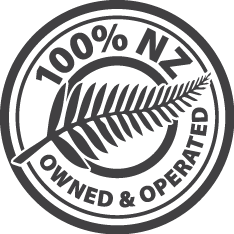